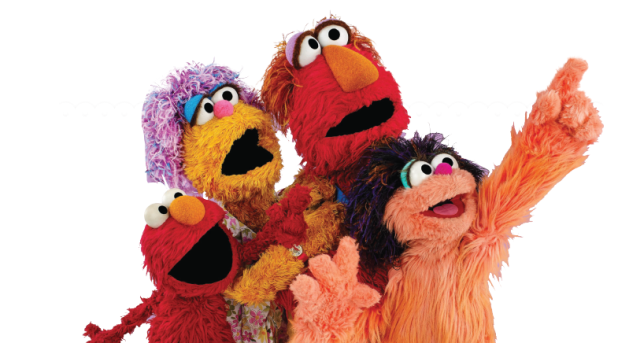 When Alam Simsim, the Egyptian Sesame Street, first aired in Egypt, the show became an instant hit. It debuted in 1997 and was tailored for Egyptian children. Among the many humans and Muppets, the show introduced, Khokha (peach) was a feisty girl, orange in color, and who by all means was empowering young girls in her own muppety way.

The success of the show was a collaborated effort of its team, among which the writers stood at center stage to convey its messages to the young viewers. Zeinab Mobarak headed the writing team of Alam Simsim at its beginning in 1997/1998. Mobarak, who is also a children’s writer and lyricist, with 2 published books for preschoolers, continued to write and translate songs for Alam…